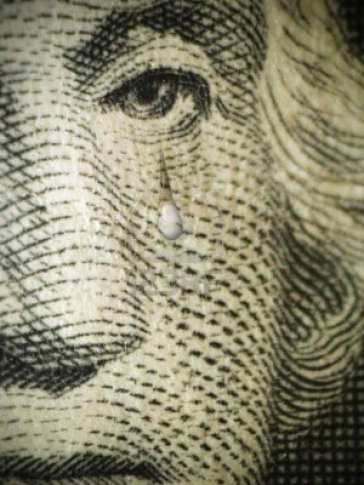 “The preservation of the sacred fire of liberty…is finally staked, on the experiment entrusted to the hands of the American people” — George Washington

[UPDATE II: Part 3, “specific abuses of Executive Power” is up]

America’s Founding Fathers consistently referred to our country as a  “grand experiment”, and on this President’s Day–and good ol’ George’s birthday–I want to meditate on this for a little bit. What was (is?) so “experimental” about America?

There seems to be a repeated  “life-cycle” to nearly every great power in the entire history of the world. In the beginning of most of these nations, the “power” and authority is more or less decentralized (perhaps in a localized, tribal, or feudal system–or in our case, States).

This lasts for a time, but inevitably, it seems (most recently demonstrated by the Arab Spring), the nation-in-question becomes more or less “top heavy” with power and “self-destructs”. It may be by imperial ambitions inviting conquest by neighbors (Babylon); maybe by becoming too big and spread too thin to reasonably sustain such power (Alexander’s Greece); perhaps by the binding units of society breaking down and disintegrating the nation as it is known (Rome); or, in more modern times, it usually comes by way of revolutions (France).

But regardless how it happens, the power is decentralized once more and the cycle starts over.

No major nation or power in history that I can think of has ever moved backwards in this “nation-state life-cycle”. Some have gone through the process more slowly and others more quickly, but no nation ever seems to move toward giving power and authority to its citizens in dramatic, consistent, and meaningful ways.

America’s “experiment” was to try and come up with a system that was so fool-proof as to short-circuit this historical cycle; it sought to put in place mechanisms (“checks and balances”) that would put the “people in control” and use the human desire for power against itself to negate this seemingly-inevitable entropy of governance.

Has it worked? Well, of course, it depends on who you ask. But as for me…

As the title of this post says, I’ve decided that I am a one-issue voter for this Presidential election. My issue? Civil Liberties. I know, I know: that sounds so “granola”-feel-goody-idealistic-liberal of me; it sounds like I’m just picking an issue so I can cop out of dealing with more urgent national issues. But please, hear me out.

In my opinion, I (and many others) have observed that this usual “life-cycle” of nations (where liberties decrease and consolidated power increases) has really moved forward in America the past decade or so. We’ve noticed more and more “power” being increasingly centralized into a particular part of the government (the Executive branch) and heading towards giving more and more of that power to one individual (the President).

And it has resulted in some truly terrifying realities that just 15 years ago would have seemed the stuff of conspiracy theories and whack-jobs. And I promise I’m not crazy.

Whether you’re a Republican, Democrat, or Independent, you should care about this too.

Maybe it hasn’t come to your front door yet. Maybe it never will. But remember, the progression of a State to centralize power always and only moves forward. The most we can realistically hope for is to try and slow the process down as much as possible by becoming aware of these issues and voting based on them.

And that’s precisely what I’m going to try and do, at least for this Presidential election. Whichever candidate shows a genuine concern and interest in lessening the power of the Executive and increasing the liberties of the citizens, I will vote for them, no matter their opinion on the other issues.

This post is just briefly (and superficially) declaring where I’m at. The next two posts in this mini-series will give some clarifications, defenses, and thoughts behind this issue and also lay out specific things the Executive is doing that should worry us (with lots of citations, I promise). In sporadic posts after that I’ll try and show how this issue affects and bears very heavily on all other issues we could possibly think are more important.

In the days and weeks ahead, I hope that more of you will see that on the proverbial moral and political wheel of our nation, this issue really is the center and all others are merely spokes.