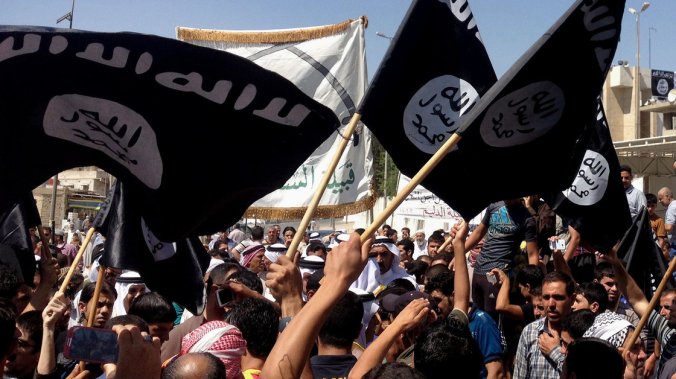 U.S. foreign policy as it pertains to ISIS should reflect the reality of what ISIS is: a social movement for which the best course for absolute defeat is a “bottom-up” approach, rather than just “top-down”.

On Monday, the Supreme Court gave a shocking decision to not rule on gay marriage decisions in five states. Some could see this as a defeat for gay marriage, prolonging the costs and time it takes to move the process forward state-by-state.

On the other hand, though, most commentators and gay marriage proponents saw this as giving tacit approval to gay marriage by the Court. And in fact, this does seem to be the case. Unlike most other Supreme Court decisions, it doesn’t take a majority for the Court to agree to hear a case–it only takes four votes. This means that at least a super-majority of the justices did not feel the need to provide oversight to the decisions.

And this is important to remember. The Supreme Court is not intended to be a court in the usual sense. It is an appeals court. It oversees the federal appeals courts’ decisions and only acts when they think the appeals courts are either contradicting one another or are going in an extremely wrong direction. In other words, they are there to clarify when there’s ambiguity, not create out of thin air.

The Court’s decision on Monday, then, said that (in spite of the personal opinions of each individual justice) there was no ambiguity in the direction the federal courts had been going; there was no need for the High Court to give any sweeping opinion when there was both near-unanimity in appeals cases and increasing momentum in the same direction.

And this is how the Court thinks social change should happen. This is why Justice Ruth Bader Ginsburg, one of the most liberal justices on the bench, said last year concerning Roe v. Wade:

That was my concern, that the court had given opponents of access to abortion a target to aim at relentlessly… My criticism of Roe is that it seemed to have stopped the momentum that was on the side of change.

In other words, the fastest way to destroy a natural societal change is to force a top-down change on everyone. The Justices (judging by their decision Monday) seem to think that a massive, fundamental societal change like gay marriage should be one that follows a more natural course.

Another example: Obamacare. It’s a well-known fact that the specific parts of the Affordable Care Act are incredibly popular across the country, no matter one’s party. But when you bundle it up into one massive program for the whole country and force it upon everyone at once, it immediately becomes incredibly unpopular (regardless of how unjustifiable the hatred might be).

What does this have to do with ISIS and our current foreign policy in the Middle East?

I’ve had a really hard time with ISIS. I have, in the pasty decade or so, become increasingly pacifistic due to my own theological convictions. Further, I can look into the history of Iran, al Qaeda, Israel/Palestine, and other hot spots and, in a sense, understand why these groups act the way they do. It doesn’t justify evil and oppressive acts, but I can see where the hatred and tactics of Osama bin Laden came from and, further, how past American actions have created more terrorists than killed.

But ISIS is different. There is a pure evil and wickedness there that I’ve never seen on such a large scale. I’ve seen it in individuals or small groups, but not a regional movement as a whole. I’ve started feeling a more pragmatic Realpolitik approach to foreign policy: that maybe force is necessary–even if it’s still immoral–simply on the basis of a realistic assessment of the situation.

And yet, after hearing this wonderful, in-depth debate on the issue, I see the impossibility of destroying ISIS. Our foreign policy goal to “downgrade and destroy” ISIS in not realistic. We will fail. ISIS came from other jihadi groups which came from other islamist groups which came from earlier Mujahideen. Dismantling (or worse, scattering) ISIS will only bring about the next incarnation of Middle East terrorism. It will never end.

Yet, maybe the Supreme Court can help us here. Hearing about the social roots of jihadism and ISIS in particular, we need to remember that radical Islam of all kinds is fundamentally a theological and social movement, not a military one.

This means our questions about ISIS should not only be based around threat assessments, military power, land accrued, and such “top-down” sorts of means and methods. We should be asking how social movements come to be, how they are changed, and how they die.

Looking at Ginsburg’s critique of the Roe decision, and the Court’s actions on gay marriage, it seems that some of the wisest among us have concluded that social change should take both time and momentum. You can’t legislate your view on the country (here’s look at you conservatives) any more than you can bomb them into a region.

So here is my proposal: let us use foreign policy power (yes, even military power) to contain ISIS and their influence more than try and destroy them. At the same time, think through what it means and looks like to work with diplomatic partners, cultural movers, and theological leaders in the Middle East to try and start the momentum for socio-cultural change.

We were doing this last month when Obama was offering his “there are no military solutions in Iraq” line for weeks on end. But now that Iraq has a new, more inclusive prime minister, it seems Obama has assumed our political and cultural work in this is done. It is not.

The military can be used to prevent more bloodshed and genocide by ISIS. It cannot be used to destroy them. Only a change in the region-wide disenchantment and  disempowering of the Middle East can do this. The U.S. can have a positive role in the region, but we need to have the long, bottom-up, socio-cultural view in our sights–not just the tanks and artillery of ISIS.