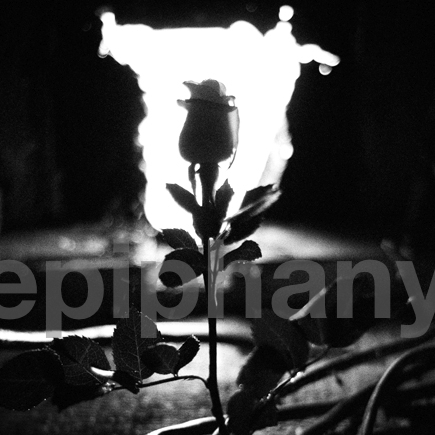 If you’re just looking for the mixtape, click here for the official Epiphany Mixtape page.

From now until Lent, the Church Calendar is in the season of Epiphany. Up until this year, I had never really given much thought or focus to Epiphany. In fact, I hadn’t ever really understood Epiphany until this year. I knew it had something to do with light and with Magi, but beyond that, I didn’t get it.

Basically, this season seems like it’s sort of a Church Calendar “junk drawer” to meditate and celebrate on all the other parts of Jesus’ life that happened between his Advent/Birth and his Death.

And don’t misread that. With me saying that, I hope that doesn’t diminish this season for anyone. Perhaps the most precious doctrine of the Christian faith for me is that of the Imputation of Christ’s Righteousness to me. And this Righteousness in which I am dressed was not created out of thin air, nor was it created by Christ at the Cross, or even his Resurrection. It was built throughout his life of obedience to His Father.

And this is amazing. As I’ve written before, if Herod had been successful in killing the child Jesus, there would be an aspect of our salvation that’s missing.

And so, to try and help me spend some time meditating on this season, the best way I knew to think deeply about all this was to make another Church season mixtape. If I’m being honest, these things are more for me than all of you out there. This one particularly, though, helped me think through Epiphany and try and create something from it. I hope you enjoy it.

To read more about the specifics of Epiphany, the mixtape, and to listen/download it yourself, you can either read below or just go to the official Epiphany Mixtape page. Let me know what you think!

Here’s some more info, from the page:

From now until Lent, the Church Calendar is in the season of Epiphany. This season is situated between the celebration of Christ’s Coming and the preparation of his death. That being the case, this season celebrates all that happened between those events, both theologically and historically.

Theologically, this time focuses on the Christian doctrine of theIncarnation. This season, throughout Church History (and this mixtape), has been filled with images that represent Jesus, the light of God, breaking into the darkness of the world in human form. You will often see this season associated with light breaking into darkness, sight breaking into blindness, and spiritual wakedness breaking into spiritual slumber.

Historically, this season has been associated mostly closely with arrival of the Wise Men to Jesus when he was two or three (no, they weren’t at the manger! Read your Bibles!), but as time has gone on, this season has been used to celebrate other aspects of his life on earth before that fateful passion week, including his presentation at the temple as a child (I’ve meditated on this event before as well) and his baptism as a young man.

You will find many of these thoughts and images throughout this mixtape. I’ve tried to build it around a narrative structure, moving from the abstract, cosmic statement of the Incarnation in Bach’s Bm Mass, through the darkness of human frailty and doubt, to the Wise Men seeing Christ, to Christ’s life, and then our response to that life. And for those that download the entire mixtape, there is a very exciting secret track at the end. Feel free to download and share it as you like, and may it bless you this Epiphany season.

[cover image credit: the photo on the mixtape cover is used with the gracious permission of photographer and friend of the blog, David Schrott]

7 thoughts on “Epiphany is here! So what? (And another free Mixtape!)”