To date, this is the post I am most ashamed of ever having written on this blog. It perpetuates power dynamics and long-held ways of thinking that add to problems and ignore their structures. This post participates in a system of injustice and “not listening”. It’s a profound exercise in missing the point in these issues. I keep it up as a reminder to myself and others of how wrong-headed and dumb I can be. I’m sorry for these words, and I’m grateful for your grace. 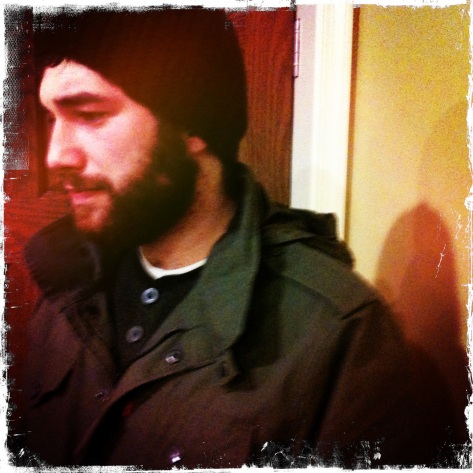 I find myself in an awkward time in our current news cycle. As part of the most talked-about news items of late, we have birth-control (and by extension, abortion), racial tensions over the death of Trayvon Martin, gay marriage being approved and some states and vetoed in others, the health care law going before the Supreme Court, and a Philadelphia ban on the public feeding of the homeless.

Is it possible for me, as a (relatively) middle-class white Protestant male, to communicate opinions about these topics if I don’t share the same sentiments as most others?

I don’t like sitting idly by in my existence; I want to truly engage with life. I don’t want stay far off making judgments about things; I want enter into them. That’s one of the reasons why this white suburban-raised male is now an urban-dwelling social worker whose neighbors, co-workers, and clients are mostly minorities, many of whom are females.

But with engagement come perspective. And with perspective comes opinions. And this is where my “privilege” begins to lose its luster.

I struggle with this a lot. I have posts I want to write on abortion, racism, welfare, and the state of homelessness in Philadelphia. But it seems like every article I read dismisses the opinion of any white male with a home and health insurance on account that he apparently can’t see past his privilege and think in a clear and nuanced way about these things.

I hope that I have cultivated some sort of skill (and humility) as both a thinker and a communicator and, hopefully, this blog is a testament to that. I read so many articles from so many different perspectives. I listen to so many podcasts from the culture- and opinion-makers of our day. I discuss these ideas with those around me. I hear their counter statements and refine myself in light of them. I constantly question and test my assumptions, trying to build some sort of consistency in my worldview.

Could I be bold enough to try and humbly say I think I have gained some sort of nuance and clarity in my thinking on issues of the day?

Is it arrogant or narrow-minded of me to think that I could speak on these issues, especially if what I want to say counters the loudest voices screaming their passionate counterpoints?

Help me out here. Do you think I can speak to these things? If so, how might someone go about saying them from my perspective in a way that could actually be received and considered by those that the issue is most relevant to?

Leave your thoughts in the comment field below. And thanks.