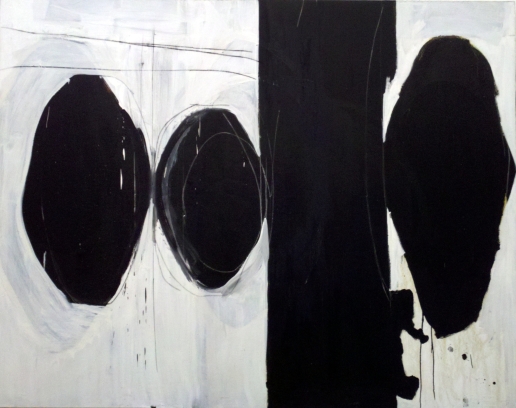 Lent is a season in which God’s people meditate on the slaying of Jesus on the Cross and all that is within them (and the world) that made that Cross necessary. To that end, we’ve been meditating on the fact that Christ is the Lamb who was “slain before the foundations of the world”. We’ve been thinking through what it might mean that Jesus, in some sense, has been suffering for all time (and some theological issues along the way).

So far, we’ve talked about how this is a reflection of an eternal attribute of Jesus. There has been an aspect of suffering and death woven into the depths of his nature and character since before time began.

But at some point, time began.

The world came to be, and whether by Serpent or Darwin, death and pain and suffering became the normal rhythm found within this world.

“For we know that the whole creation has been groaning together in the pains of childbirth until now.” — Romans 8:22

Suffering. We’re either in it right now, coming out of it, or being prepared to go into it. It’s the primary background soundtrack of our lives, it seems–the music from which we spend much of our energy trying to distract and numb ourselves. At times the volume turns up, at times it turns down, but it’s always playing: a body ache there, a break-up here, a red-light around the corner, a paycheck that can’t come fast enough.

Death. As cliche as it is to say, it’s true: every breath we take is one breath closer to our end. As with our pain, try and numb ourselves to its reality and distract ourselves from it effects; but it’s there and always seems to find a way of ominously ruining an otherwise pleasant time as a movie, a song, or some unexpected news sneaks up on us and reminds us that Death is very real, and Death is never far.

Suffering and Death, it seems, are not merely residing in this world, but they seem to be woven into the very fabric of it.

How do we make sense of this (especially as Christians)?

Thousands of years and billions of pages of philosophy and theology later, and this is still the biggest hang-up and seemingly unanswered question in our hearts. But could Lent help us?

“Jesus Christ and him crucified… a secret and hidden wisdom of God, which God decreed before the ages for our glory” –1 Corinthians 2:1,7

At the root of this series is an unsettling assumption: the Death and Cross of Jesus, it seems, was Plan A, not “the back-up plan”.

If this is true, then this world was created (through whatever means) with the “cosmic assumption” that this plan was going to be put into action; that this story of suffering, death, Incarnation, and Cross was going to be the story of the universe and not some idyllic existence in some garden. And how did God bring this about, it seems?

“[Jesus] is the image of the invisible God, the firstborn of all creation; for in him all things in heaven and on earth were created, things visible and invisible, whether thrones or dominions or rulers or powers—all things have been created through him and for him. He himself is before all things, and in him all things hold together.” — Colossians 1:15-17

“God has spoken to us by his Son, whom he appointed the heir of all thing, through whom also he created the world.” –Hebrews 1:2

Why does the New testament consistently refer to the world having come about specifically “through Jesus”? It appears that Jesus himself was the “filter” through which the world had to pass before it came to be.

And we’ve already seen that the essence of this Christ was as a suffering and dying Lord.

Could it be that this world is not interwoven with some foreign agents known as Suffering and Death? Instead, could it be that these elements in the world are echoes of the groans and pains of a suffering God whose essence is interwoven into his Creation?

Could it be that suffering in the world is not a sign of God’s absence, but actually a sign of his suffering and slain Presence?

In our next post, we’ll talk about what this means for our individual lives, where we find encouragement, and how this is, in fact, good news for us all.